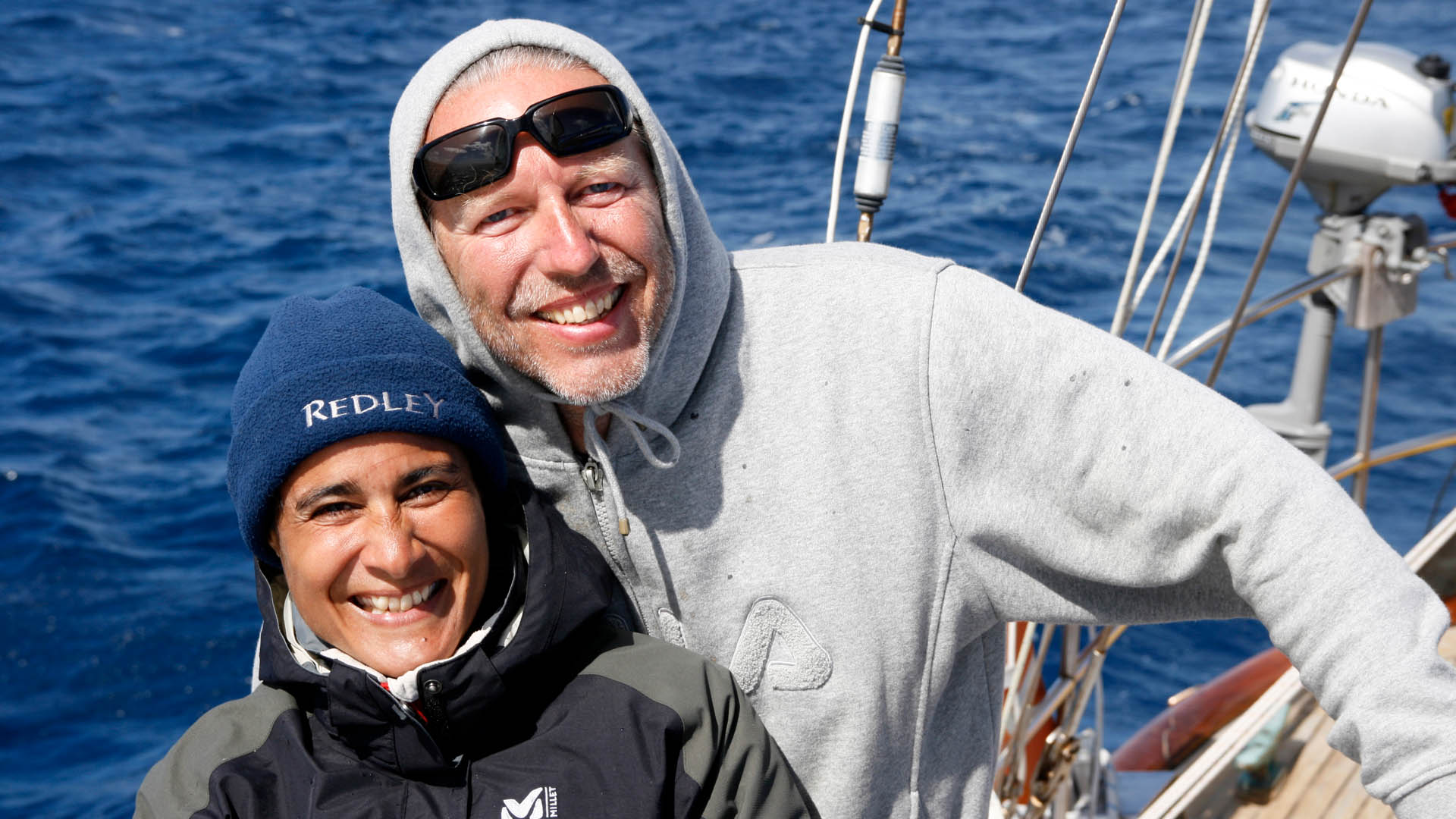 Ralf Kiefner and Andrea Ramalho have been working successfully as underwater film makers and photographers, since 1989. They are particularly committed to sharks, whales and dolphins conservation. Ralf and Andrea have received several awards worldwide for their work and their commitment. 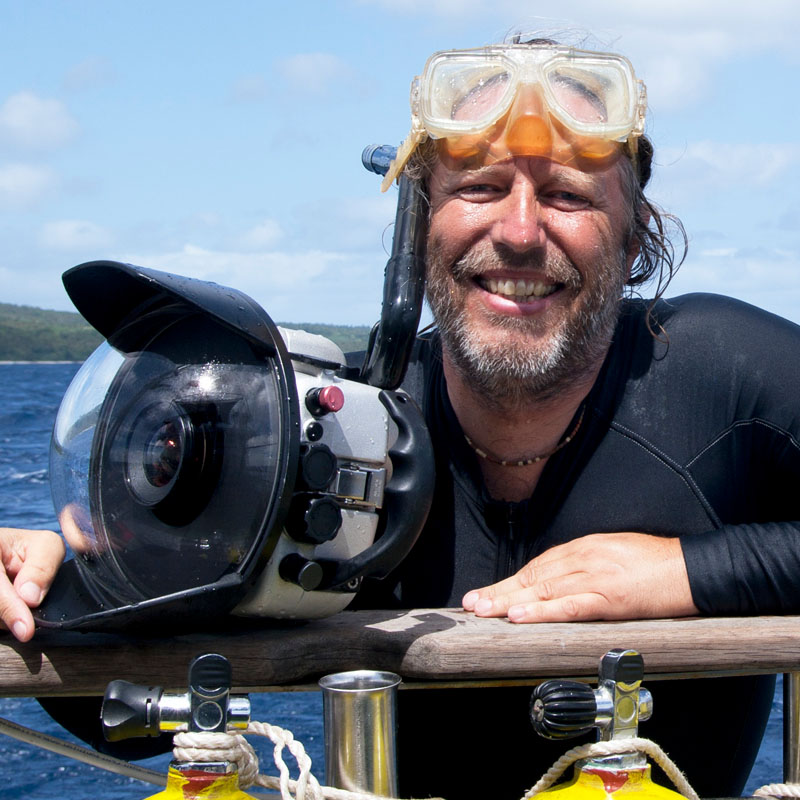 With our shark documentaries we want to make it very clear and obvious for everyone that sharks are no monsters.

T he german photographer Ralf Kiefner is diving since 1973 and is working successfully as author, wildlife and underwater photographer and as underwater cameraman and video producer since 1989. During the years he turned his hobby not only into his business, but also into his passion. So it´s no wonder that his professional work is published worldwide in wellknown magazines such as Stern, Geo, Hör Zu, P.M. Magazine, Paris Match, Le Figaro, Airone, BBC Wildlife, FHM, Sunday Telegraph, Daily Express, Sunday People, Hello, Daily Mail, Focus und National Enquirer.

His book Whales and Dolphins worldwide is published already in 5 different languages. Researches and scientists equally describe the book as beeing “standard work”.

Also the list of TV channels that Ralf Kiefner worked for and that have used his footage in their productions, sounds like the “who is who” of the TV business. Besides the big german TV channels such as ARD, ZDF, RTL, VOX or PRO 7, he also worked for international highly acclaimed TV channels such as National Geographic, Discovery Channel and BBC.

Also his newest documentary The Feast follows the of the previous successful films with it´s spectacular footage. “With our shark documentaries we want to make it very clear and obvious for everyone that sharks are no monsters. Through our very close encounters we want to change the negative image of sharks. because we believe that human beings are only willing to protect animals that they believe to know and that have a positiv image.

Normally I do not like to touch wild animals. but in our shark documentaries (Beyond Fear, Striped Hunters and End of a Myth) these contacts are only made to really wake the people up and to “shake” them. they should think about, wether their knowledge about sharks can be kept upright. because anilmals that allow such close encounters and contacts, can definitively not be held for “monsters or killers” anymore. Off course we also inform people often in our documentaries that sharks are no “pets or toys”. they are just normal predators. that are not always harmless. quote from the film: “.you gotta be aware that these are wild animals . and that they won’t necessarily bite, but they can.”.
Sharks are the apex predators of the oceans. and they have teeth. and off course they know how to use them. we don´t want to make sharks to pets. but we want to change their image and help to protect them with our spectacular interactions.

People currently kill around 150.000.000 sharks every year through finning, longlininig and net fishing. Many scientist believe that within 10 years most shark species will be extinct, with terrible consequences for our oceans and for our lives! This is why it is so important to protect sharks. Now!”

For his involvement to make people aware of shark conservation, Ralf Kiefner has been awarded with the “Shark Protector Award” in St. Petersburg on 30.4.2008 during the International Maritim Film Festival “The Sea Calls”.

“We were one of the first to make documentaries and photos about freediving (diving without a cage) with White Sharks for their conservation. In the year 1998 we already started with the production of Beyond Fear. At that time we could not imagine that our documentaries would start a movement that corrects the undeserved bad reputation of sharks. I´m very proud that we were deeply involved to start this movement with our documentaries and photos and that we were amongst those who initiated this developement.” 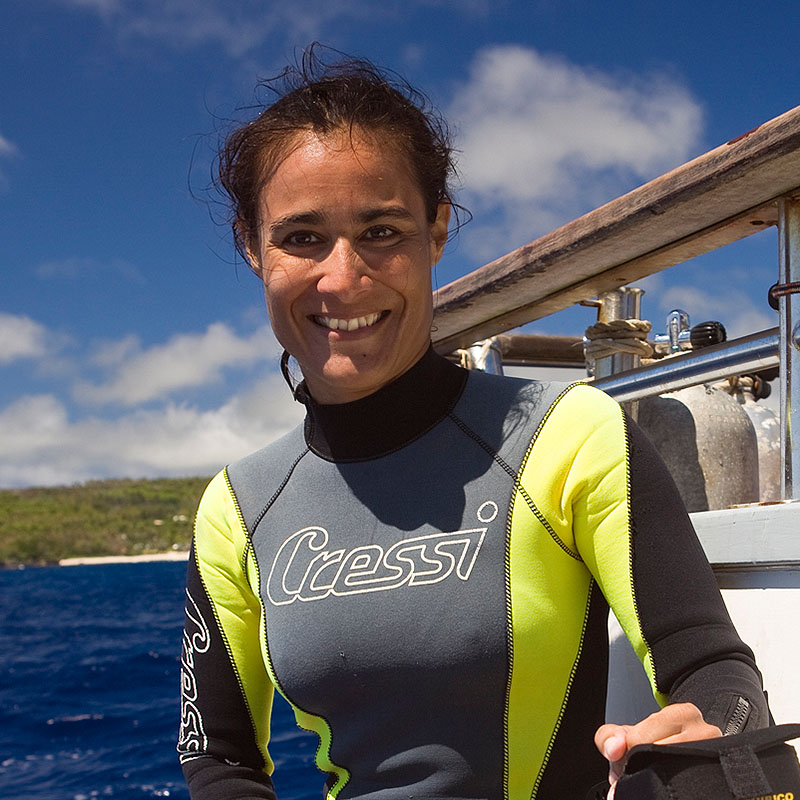 I want to say: Try to learn more about these creatures. Sharks play an important role in the ecosystem of the seas.

A ndrea Ramalho was born in Rio de Janeiro. Although she lives in Germany since 2003, she still cannot hide her brazilian temperament. The biologist Andrea Ramalho is diving since 1993 and works as underwater camera woman together with Ralf Kiefner.

Her work has been aired world wide on National Geographic, Discovery Channel, BBC as well as on ARD, ZDF, RTL, VOX and PRO 7 (Germany). As underwater camera woman, she was involved in the production of Whales to Watch, The Big Feast, (both productions for VOX) as well as in the highly commended shark documentaries Beyond Fear, Striped Hunters and End of a Myth. During the production of these documentaries with Great White Sharks and Tiger Sharks without a protective cage.

Also her newest documentary The Feast follows the track of the previous successful films with it´s spectacular footage.

“I want to show people that it is indeed possible to be in the water together with sharks and that one can really enjoy these moments. I think that there are two kinds of people, those that immediately run away when they hear the word shark and those that ask where? and quickly get into the water! To the people that fear sharks, I want to say: Try to learn more about these creatures. Sharks play an important role in the ecosystem of the seas. Sharks keep the oceans healthy. Sharks control the population of marine animals and other fish. As apex predators they are responsible for the ecological balance of the oceans. Human beings must understand how important it is that we finally do something for the conservation of sharks. First we have to learn something about sharks, then we must understand them and then, hopefully, also admire them!”

For her involvement to make people aware of shark conservation, Andrea Ramalho has been awarded with the “Shark Protector Award” in St. Petersburg on 30.4.2008 during the International Maritim Film Festival “The Sea Calls”.